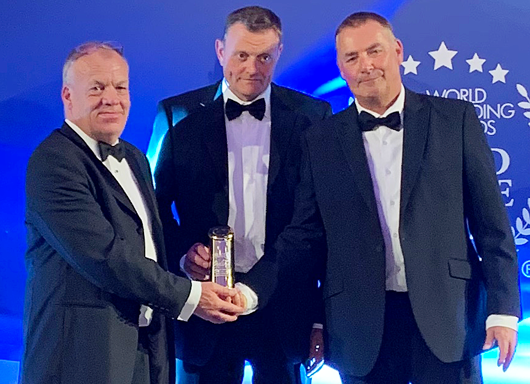 The World Branding Award for Best Dry Dog food is back in North Wales for 2019 after manufacturer Pero Foods won it for the second time.

The award ceremony, held at the Hofburg Palace, in Vienna, saw a number of heavyweights from around the globe within the pet food industry receiving awards in numerous categories.

Pero director Jonathan Rees said: “We are incredibly honoured to have received this prestigious award for the second time. Pero has seen massive growth over the last couple of years and I’m delighted to see that all the hard work is paying off.”

Richard Rowles, chairman of the World Branding Forum followed with, “This is a celebration of the hard work that goes into building great brands. As over 70% of the voting is done by consumers, winners of the awards clearly demonstrate that they’ve built strong brand loyalty among their customers and fans.”

This is the fourth award Pero and Truline have won since 2016.