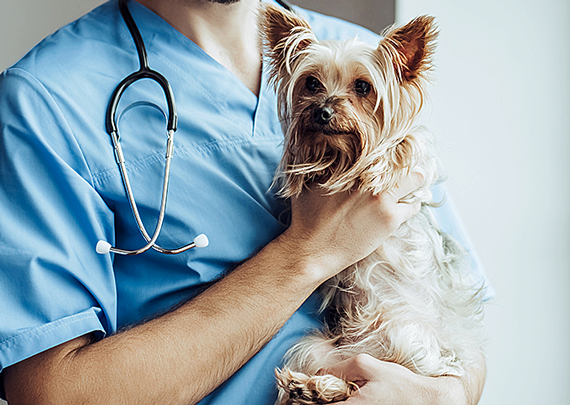 More than a third of dog owners are ignoring significant red flags in their pet’s health – and overfeeding could be a major issue, according to a new pet health report.

One in 10 (10%) dog owners admit to feeding their dogs more than the recommended guidelines and a total of 47% respondents confessed to ignoring guidelines completely. This is despite the fact that overfeeding is responsible for a number of significant health issues.

Thirty-seven percent of dog owners were unaware that common traits, such as bad breath and tear staining, could actually be indicative of underlying health issues, with 58% thinking that moulting all year round was normal for dogs, and 53% attributing this to seasonal changes. A further quarter (24%) of all respondents thought central heating systems were to blame for continual shedding.

But vet and pet food business founder John Burns believes that many common health problems are due to the accumulation of toxic waste in the body, which he says is usually a telltale sign of an unsuitable diet and overfeeding. Common problems such as skin disorders, persistent moulting, itchy skin, discharge from the eyes, waxy ears and recurring digestive upset are signs of high levels of toxic matter, he says – yet pet owners are not aware of the link or how correct diet can help.

Two thousand dog owners were surveyed by Burns Pet Nutrition to highlight the impact a poor diet can have on a dog’s overall wellbeing. John said his natural pet food company released the findings to draw attention to the symptoms all pet owners should be aware of.

Although many vets claim that obesity is one of the biggest health and welfare issues facing our pets, the survey found that younger owners are more likely to ignore concerns such as weight gain. More than half (52%) of 18-24-year-old dog owners wouldn’t be concerned if their dogs gained weight, compared with three quarters of dog owners aged 25 and over who would.

And 71% of owners under the age of 44 say that being able to see their dog’s ribs would be ‘a cause for concern’, compared with 59% of over 55s. This is despite the fact that experts maintain that the ribs, hips and the spine should all be able to be easily felt in a dog that’s an ideal weight, and being able to see the last couple of ribs when the dog is moving is also indicative of a perfect weight.

This is a concern to John Burns as it highlights that many owners are likely to worry more about seeing their dogs’ ribs than their dog gaining weight even though there are many more health problems associated with dogs being overweight rather than being lean.

Further findings from the report highlight that 86% of dog owners don’t know that itchy skin is a common sign of overfeeding, similarly 89% are unaware that poo eating is also symptomatic of this.

John said: “There are two major factors in feeding for health.

“The first is to select the right food. This should consist of simple natural, wholesome ingredients, listed by name rather than vague terms such as ‘meat and animal derivatives, cereals etc’.

“The ideal diet should be high in complex carbohydrate with controlled levels of fat and protein. Quality and proportions of ingredients is in the hands of the manufacturer.

“The second strand of a healthy diet is the feeding amount, which is the responsibility of the pet parent. There is a great deal of misunderstanding and confusion about feeding amounts.

Pet parents naturally see their pet as an individual: yet many adhere to standard manufacturers’ recommended feeding amounts when each individual has its own specific needs. Recommended amounts should only be treated as a starting point. The requirement of pets of a similar size and weight can vary by as much as three times and feeding amounts should be adjusted in light of experience.

“Another common error is to think that you can’t be overfeeding if your pet isn’t overweight. There are many other common health problems such as itchy skin, body odour, digestive upset, moulting, tooth tartar, which can be avoided or alleviated by feeding the correct quality of food and getting the feeding amount right.”