WOOFS sold out on all four days of the show and secured several new stockists including a new raw pet food distributor with two pet shops in Swansea, plus three grooming establishments and two veterinary practices.

The Surrey-based company also tested out new product samples at the show, which has led to the introduction of several new lines that will be added by the end of March.
The company currently produces Cod Cookies, Cod Fingers, Cod Crunchers, Cod Cubes, Dried Sprats and Granola, which are available in different sized packs and kiln jars. Following Crufts, Cod Skin Tubes, Herring Training Treats and Cod Meat Sticks have now been added to the range

WOOFS is also looking to develop a premium dry food and is working with pet nutritionist Moddie Lambert to introduce a range of fish-based raw food recipes. The company can also offer retailers whole fresh frozen fish to cater for raw feeders.

The company exports to Hong Kong, Germany, Poland, Saudi Arabia and Ireland as well as stocking independent retailers and major online retailers such as Ocado, Fetch and Amazon. Now, it is looking to work more closely with retailers in the UK and increase its presence in the show dog, breeder and veterinary markets.

Founder Stewart Irvine said: “We are extremely delighted with WOOFS’ success at Crufts. The company wants to bring top quality fish products to the attention of discerning dog owners and Crufts was an ideal platform to do this and try out new samples.” 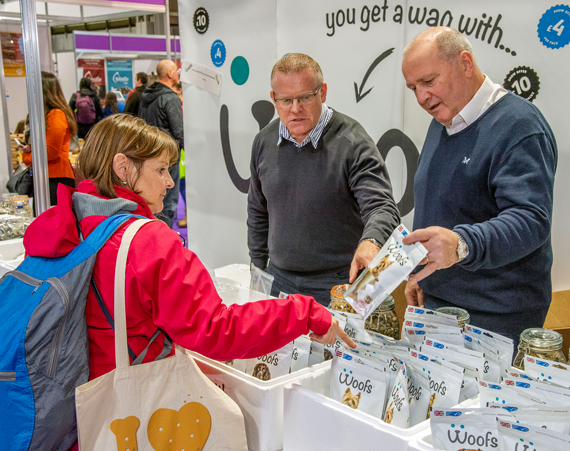