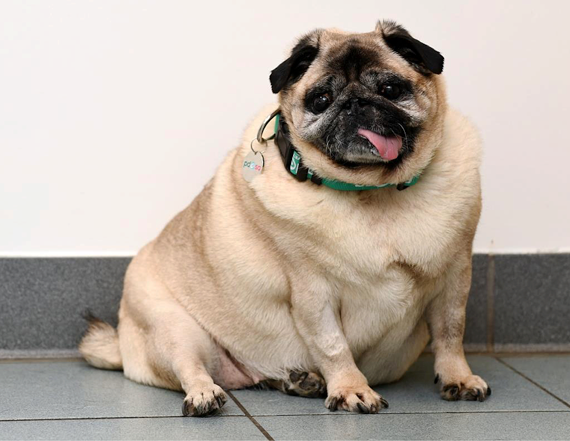 PDSA is appealing for the UK’s fattest pets to enrol in its Pet Fit Club.

PDSA vet Olivia Anderson-Nathan said: “Obesity has been a huge problem among UK pets for a number of years and sadly there is no sign of improvement…

“Animals who are overweight have a much greater risk of developing health problems such as arthritis and diabetes – which can have drastic consequences.”

Owners can enter their pets in the Pet Fit Club on PDSA’s website.