Having a baaaaad day 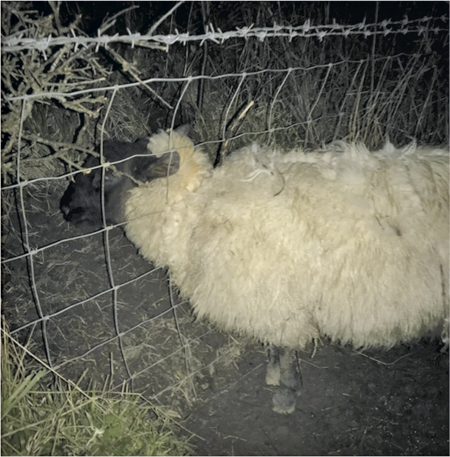 A sheep has been rescued after getting its head stuck in a wire fence.

RSPCA inspector Charlotte Coggins was called to the South West Coast Path in Barnstaple, Devon, to help the stricken sheep.

She said: “A walker spotted the sheep in difficulty and could see she had her head stuck either in brambles or in the fence.

“I think she’d reached through to try to nibble the leaves on the other side of the fence and got her head and neck stuck.

“Luckily, I was able to carefully push her free and thankfully she’d not done herself any harm.”
After a quick check, the ewe was released back to the rest of her flock.