Rabbits not getting a fair deal, say researchers 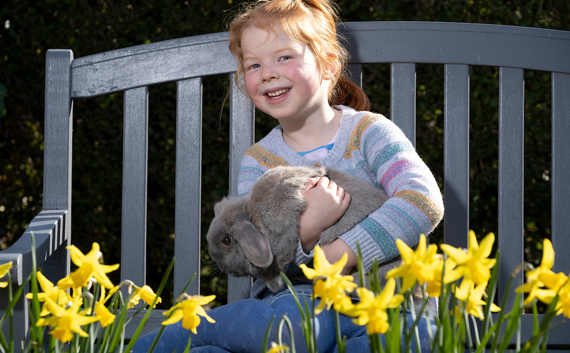 Although bunnies are the third most popular pet in the UK, a review by Scotland’s Rural College suggests they are under represented in most legislation.

There are about a million pet rabbits in the UK, but the review of animal welfare legislation highlights differences in government guidelines across the country, with the most consistent omission being the lack of guidance on breeding rabbits as pets.

Overall, researchers found pet legislation had generally focused on commercial activities involving animals, such as pet sales, boarding or exhibitions, with a particular focus on the regulation of dog breeding.

England currently does not have codes of practice for pet rabbits, the researchers say, with owners often referred to farmed rabbit codes, while in Scotland, Wales and Northern Ireland, codes refer to the general care and management of pet rabbits and do not give recommendations on appropriate breeding management.

SRUC researcher Laura Dixon said standards and regulation of rabbit breeding needed to be implemented across the UK to ensure the animals’ welfare.

“Rabbits are the third most popular pet in the UK and, while charity organisations like the RWAF and RSPCA have guidance on housing and management, there are no government recommendations for breeding pet rabbits, only for lab and meat rabbits,” she said.

“Being housed in unsuitable environments can cause stress and frustration leading to, or exacerbating, behavioural problems such as fur-pulling or bar-biting. It can also lead to increased obesity and decreased bone strength due to lack of exercise.

“We’re hoping that by illustrating the inequality for pet rabbits, this will prompt the different governments to draft guidance for breeding pet rabbits.”