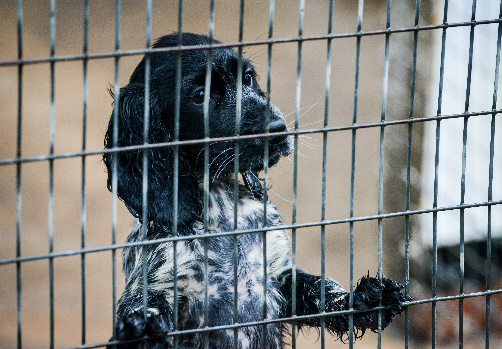 The UK’s largest dog welfare charity is demanding that the Government acts now to end the puppy smuggling trade as demand for dogs continues to soar.

Dogs Trust is calling for urgent action as it reaches the milestone of 1,500 smuggled puppies rescued and rehomed through its Puppy Pilot scheme – with an approximate street value of £m if they had been sold by their dealers.

The charity is asking the Government to:
> Raise the minimum age for puppies to enter the UK to six months
> Increase penalties for those caught illegally importing dogs

The Puppy Pilot scheme was originally set up in 2015 to aid the interception of illegally imported puppies by APHA (Animal and Plant Health Agency) at UK ports and provide care and rehabilitation for them before finding them new homes. Five years on and the ‘pilot’ scheme is still needed more than ever as demand for dogs during the pandemic continues to fuel the trade.

In the five years Dogs Trust has been running the programme, the most common breed to be intercepted and cared has been the dachshund, with around 425 puppies being rehomed since 2015 – more than a quarter (28%) of the total number of dogs. The second most popular was the French bulldog (21%) and the third was the English bulldog (10%).

For more than six years, Dogs Trust has been calling on Government to end puppy smuggling, an illegal practice whereby puppies, generally under the legal minimum of 15 weeks of age, are brought into Great Britain for sale with either no or falsified paperwork and often without having received the necessary treatments, including rabies vaccination.

Another disturbing and increasing trend, the charity says, is heavily pregnant dogs being transported illegally into the country in the late stages of pregnancy. Not only will importing one dog attract less suspicion at the border but, as responsible buyers will ask to see the puppies with their mother, this tactic enables criminals to give the impression of being legitimate breeders and avoid being reported to Trading Standards.

Since August 2017 Dogs Trust has cared for 41 pregnant mums on the Puppy Pilot. 217 puppies have been born, of which 41 died (to end September 2020). It is illegal to transport a pregnant dog in the last 10% of her pregnancy, and yet this is still happening due to lack of action from the Government.

Paula Boyden, veterinary director at Dogs Trust, said: “The 1,500th puppy rehomed through the Puppy Pilot is a bittersweet milestone for us to reach. The scheme was originally set up on a trial basis in 2015, because there were not sufficient resources to care for the puppies being seized at the border.

“Five years on the need for our services is greater than ever as the demand for dogs during lockdown has further exacerbated the problem and, unfortunately, we know that the dogs we care for are just a small proportion of those that make it into the country illegally.

“We held our first conference with relevant stakeholders, Defra and APHA representatives to highlight our concerns about the illegal importation of puppies over eight years ago, and our asks remain the same.

“Now that the UK has left the EU, there has never been a better time for the Government to raise the minimum age for puppies to be imported into the UK to six months to help make them less desirable. We also want to see tougher penalties for smugglers, as only a handful of cases have ever led to a prosecution, with paltry penalties that are no deterrent.”