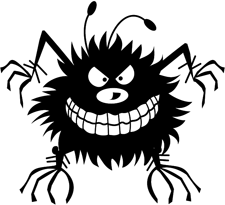 Doctors in Thailand found a live tick crawling inside a woman’s ear.

The 50-year-old patient had been complaining to medics about ‘ringing noises’ and a ‘strange sensation’, which they put down to tinnitus.

Hospital workers examined the woman, but were shocked to instead find a tick buried deep in her ear canal. Using a micro suction tube they managed to remove the bug.

Dr Piradee Chanmonthon, who was one of the doctors treating the woman, said: “Luckily the tick didn’t lay any eggs or get embedded in her ear because that would take longer to remove and might have involved an operation.”

The woman said that she had ‘many dogs at home’ who spent their time outside, running in the fields, before letting them sleep in her bed, reported the Metro.