A bit bigger than expected 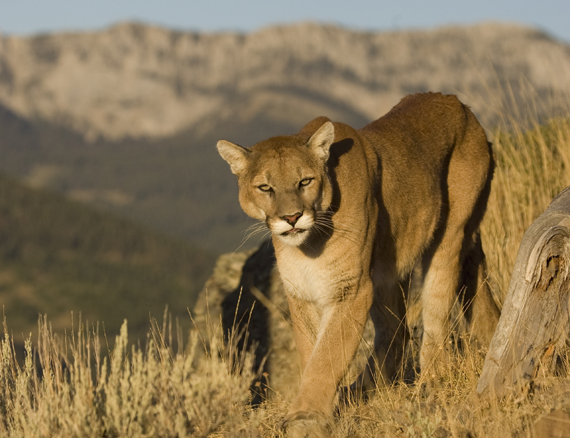 Firefighters have rescued a mountain lion that was stuck in a tree outside a house in the California desert.

The homeowner called for help after spotting the cougar close to his home near the San Bernardino mountains.

State wildlife officials tranquillised the feline, perched on a branch 50ft above ground, before firefighters lowered the animal to the ground using a rescue harness.

Rick Fischer, a warden for the State Department of Fish and Wildlife, said it was not uncommon for big cats to wander outside their habitat in the nearby mountains.

He added: “Once the lion regained consciousness we ensured he safely returned to his suitable habitat.”
Attacks on humans are rare although the animals are known to prey on pets and livestock, reports Sky News.