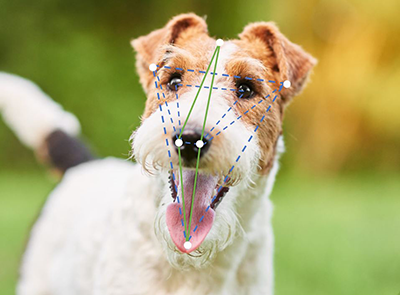 Newly released research has revealed that the ‘cutest’ dog breed in the world is the Dalmatian – according to science!

The study – by pet insurance comparison site MoneyBeach.co.uk ¬- ranked 100 of the most popular dog breeds using the ‘golden ratio’, an ancient algebraic equation said to determine how aesthetically pleasing something is to the human eye.

The ratio between key points on a dog’s face such as ears, eyes, nostrils and tongue were calculated and then a percentage was given of how close the measurements were to the golden ratio.
With 67% of its face adhering to the golden ratio, the Dalmatian stood above all other breeds. The Irish water spaniel was placed second and wire fox terriers completed the top three, with family favourite Labradors in fourth place and the Basset hound in fifth.

MoneyBeach.co.uk also analysed other household pets to discover which is, scientifically, the cutest and cats claimed the overall crown as the cream of the crop for cuteness, while  man’s best friend came only fifth out of all other pets, with ferrets, rabbits and hamsters being shown to be more aesthetically pleasing.