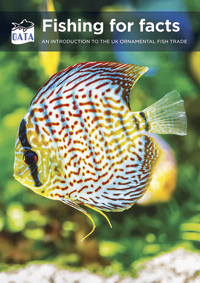 The Ornamental Aquatic Trade Association has launched a new report examining the trade in fish for home aquariums and garden ponds in a bid to tackle misconceptions about the industry.

The report has been sent to more than 130 politicians across the UK as well as more than 200 relevant government officials across all the administrations and related organisations.

As well as examining the economic value of the trade in ornamental fish to the UK, ‘Fishing For Facts: an introduction to the UK ornamental fish trade’ examines four key issues where misunderstandings about the industry exist: animal welfare, health and biosecurity risks, sustainable sourcing, and ecological and societal benefits. 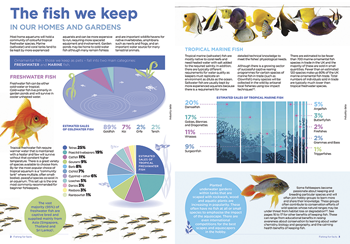 “There is no doubt that the past year of pandemic has given fresh impetus to those organisations which want to bring about an end to the trade in wildlife and we have seen that a majority of these campaigns are based on myths and misconceptions,” said OATA’s Chief Executive Dominic Whitmee.

“Our report is based on a wealth of robust evidence and research and aims to dispel misconceptions about the trade and demonstrate they are often over-exaggerated and misrepresent the facts. We want to show that the fish that people have in their home aquariums or garden ponds are well regulated, do not pose a significant biosecurity, invasive or zoonotic disease risk, and that high welfare standards are maintained throughout the supply chain.”

Raw feeding prizes up for grabs on social media

August 4, 2022
We use cookies on our website to give you the most relevant experience by remembering your preferences and repeat visits. By clicking “ACCEPT ALL”, you consent to the use of ALL the cookies. However, you may visit "Cookie Settings" to provide a controlled consent.
Cookie SettingsREJECT ALLAccept All
Manage consent