Pair p-p-p-pick up a penguin chick 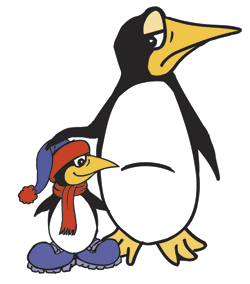 A fight broke out at a zoo after a gay penguin couple took a chick whose mum and dad had left it unattended.

The baby’s parents had both gone for a swim and the couple saw their chance to become dads, the Mirror reported.

Sandie Hedegård Munck, an animal keeper at Odense Zoo in Denmark, said: “When they saw him alone they probably thought, ‘That’s too bad, we’ll snatch it’.”

Sandie said she believed the mother penguin had gone for her daily bath and didn’t come back in time for the dad’s swim. He also went off for a paddle, forgetting about the baby being on its own.

The parents eventually confronted the couple, however.

A video posted to the zoo’s Facebook page captured the fight that broke out over the chick. The newborn was returned to its parents but zookeepers decided to give the gay couple an egg from a mum who couldn’t look after it.