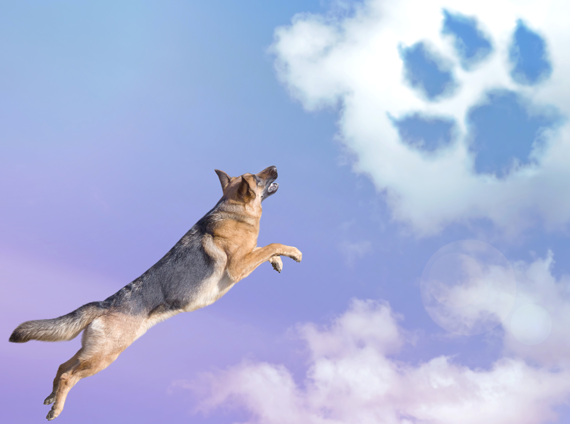 Half of pet-owning Brits believe dog and cat owners should be given compassionate leave from work if their pet dies and 89% believe the death of a canine or feline companion is just as difficult to handle as the passing of a loved one.

These are the findings of a survey released by pet website Wamiz.co.uk ahead of National Grief Awareness Week 2019 (December 2-8).

The survey found that potential mental health issues could emerge following pet loss, when the need to talk is vital but difficult for owners to do.

Fourty-four per cent of pet owners surveyed by Wamiz said they still found it extremely difficult to talk about a former pet’s death. This is despite the fact that 65% of those surveyed lost their dog or cat more than a year ago. And 77% of those who had suffered a loss of a pet also said they found it more difficult to talk about their sense of loss with non-pet owners.

A desire to not let go and have a beloved former pet near at hand also shone through Wamiz’s survey, with  84% of owners keeping a pet’s ashes at home and 62% burying them in their garden.

More than eight in 10 (85%) owners also keep a tangible keepsake of their former pet at home, be it a photo, piece of fur, collar, bowl or toy; 88% stayed with their pet to the very end of their life but nearly 9% could not do that, as it would have been ‘too upsetting and emotional’.  More than a third of pet owners (38%) say they would have liked a funeral or ceremony for their lost pet.

Wamiz’s UK country manager, Emilie Heyl, said: “Brits clearly bring their dogs and cats into the family fold and have as deep an emotional attachment to them as they have to other members of the family or to friends. While in the past, the sense of loss following the passing of a pet may have gone unappreciated or ignored, at a time when mental health campaigners are urging us to talk through our emotions or listen to others who are suffering mental health issues, it is vital that grieving pet owners can express their feelings at work and elsewhere.

The coping mechanism of nearly half of pet owners (49%) is to get another dog or cat within six months of a pet’s death.  Another reaction of 42% of pet owners is to share their grief in a written tribute to their pet on social media or in a blog.