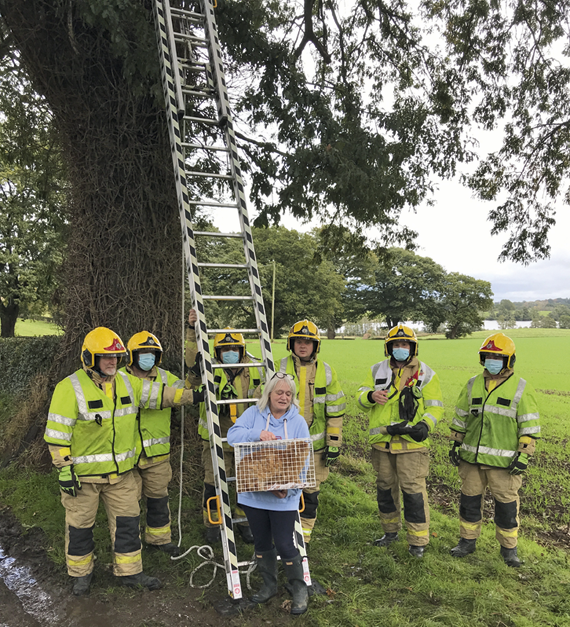 Shropshire Fire and Rescue Service came to the aid of 18-month-old cat that spent three days stuck up a 30-foot oak tree after chasing a squirrel.

Amanda Holland, Ruben’s owner, had tried to coax the cat down with no luck, so Amanda phoned the RSPCA.

RSPCA inspector Nayman Dunderdale attempted to retrieve Ruben, however, could not get to the cat who had nestled himself in a crook. The fire brigade then had to be called, and Ruben was safely removed from the tree and returned to his owner.