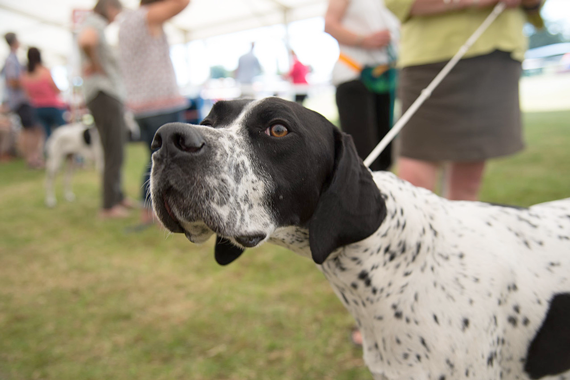 The shape of Britain’s favourite dogs is shifting as breeds from across the Continent rise in popularity, while native British breeds are rapidly declining, with some so unpopular that they could be at risk of disappearing from our streets and parks.

New data released this week by the Kennel Club shows that old favourite the Labrador has reclaimed the throne as Britain’s top dog following the short reign of the trendy French bulldog.

Shifts over the past five years indicate, however, that Continental dog breeds are the ever more popular choice with UK dog owners. Of the 10 breeds that have risen the quickest in popularity since 2015, nine are foreign. This compares with just one native breed, the very royal Welsh corgi (Pembroke) – whose popularity has probably been fuelled by TV’s ‘The Crown’.

Those breeds ‘going up’ include the small European breeds, the Dachshund and Pomeranian, the fluffy chow chow, from China, and the exotic Japanese Shiba Inu.

Similarly, comparing the shape of the UK’s favourite breeds today with 10 years ago, British favourites such as the West Highland white terrier, boxer, Staffie and border terrier, which used to be in the top 10, have been pushed aside in favour of the more European and in vogue Frenchie, and the dachshund and miniature schnauzer (both of German descent).

While dogs from across the globe are increasing in popularity, one of Britain’s oldest native dog breeds, the pointer, has for the first time become at risk of extinction. Tracing its origins back to the 17th century, the pointer is set to number only around 436 registrations by the end of the year if its rate of decline continues. This would see it move for the first time ever into the Kennel Club’s ‘At Watch’ list.

This list is maintained so that those breeds that number between 300 and 450 registrations annually, and are at risk of disappearing, can be closely monitored. The pointer’s popularity has fallen by almost a half in a decade, while its Continental cousin, the German shorthaired pointer is up 25% over the same period.

In total 16 vulnerable native breeds have declined so far this year, compared with 13 which have increased.

Bill Lambert, of the Kennel Club, said: “People simply forget there are so many different dog breeds, with different personalities and characteristics, and it’s not just the popular, well-known ones that make a great match for our varying lifestyles.

“These latest figures show that, whilse some historic native breeds like the corgi are having a revival, others continue to fall rapidly in popularity and are genuinely at risk of disappearing. While we’re lucky to have such diversity among our canine companions, it is worrying that old favourites like the pointer and Parson Russell terrier are dropping in numbers to historical lows.

“We urge people to make sure they understand the breed and its characteristics before they make a decision to buy or rescue a dog and to spend time researching the wide variety of breeds we are lucky to have in this country, to make sure they get the right one for them.”