Mary’s on top of the world 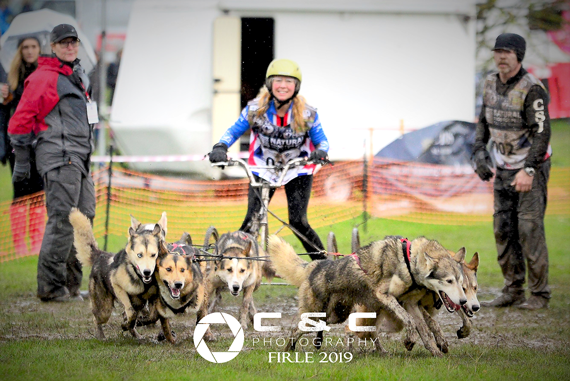 This year’s championship was held on the Firle Estate on the South coast of England.

Mary and husband John, who also took a bronze in the eight-dog class despite eventually running with only six, own the Satanta Huskies and Bowland Trails – the only purpose-built sleddog training centre in the UK, with seven miles of trails set in 218 acres.

They are both multiple gold medal winners with as array of silver and bronze prizes since starting to compete with their own dogs in the early 1990s.

Eldest son George is following in their tracks and finished fourth in his first outing in the World Dryland Championships junior category with two dogs.