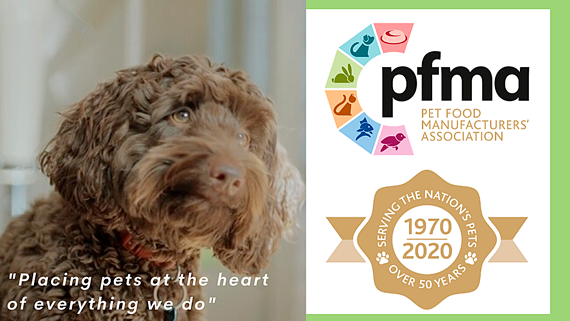 The Pet Food Manufacturers’ Association (PFMA) has launched a short film to celebrate its 50th birthday and honour the role pets play in our lives.

The PFMA was founded in 1970 by four pioneering pet food companies who saw the need for a single body to act as an industry voice, provide guidance to smaller companies and to join important discussions on legislation and animal welfare.

Now, 50 years on, the PFMA says its guiding principal to ‘place pets at the heart of everything we do’ is as relevant today as it was then.

PFMA’s member companies feed more than 90% of the UK pet population across almost half of UK households.

Nicole Paley, PFMA’s deputy chief executive, said: “The plans for celebrating our 50th birthday this year were quite different but given the challenges we have faced, I have never been more proud of the Association and our members.

“Throughout turbulent times we have continued to supply the nation’s pets with their favourite foods. Our short film is a celebration of pets, a snapshot of what PFMA is about and a story of how we place pets at the heart of everything we do. We hope you enjoy it.”

The PFMA film can be viewed here: www.pfma.org.uk