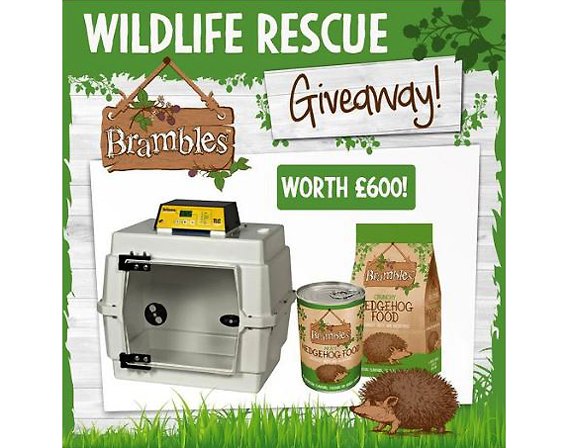 Brambles Pet and Wildlife bought a Brinsea Intensive Care Incubator and added some Brambles Hedgehog Food for a giveaway on social media and was inundated with nominations for wildlife rescues.

Sales manager David Tracey said: “We’re approaching the time of year when Wildlife Rescues get many hedgehogs admitted and incubators can make a real difference to their survival rate.

“This is our most successful ever giveaway with well over 8,000 wildlife rescues nominated
“We are delighted to announce that the winning rescue is Garforth Hedgehogs.

“As well as giving much needed resources to the winning rescues, these giveaways also help to spread awareness with the public, who can then show their support for them.

“It’s also great for our brand as we reached more than 318,000 wildlife enthusiasts on Facebook alone!”