Tougher sentences on the way for animal cruelty

The Animal Welfare (Sentencing) Bill – which increases the maximum sentencing under the Animal Welfare Act 2006 from six months to five years – has passed its final stage and will today (April 29) receive Royal Assent and pass into law.

The Bill is expected to come into force later this year, meaning courts will then have the flexibility to impose tougher sentences for the worst animal abusers. 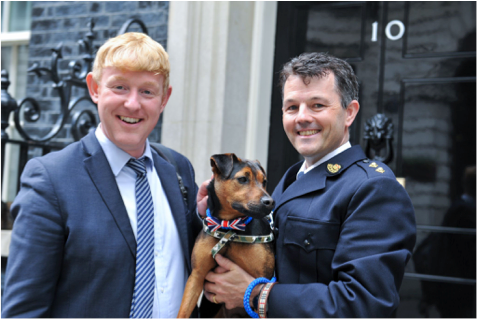 RSPCA chief executive Chris Sherwood said: “This Act is a huge step forward for animal welfare in the UK and we’re delighted that justice will now be served for animals. Tougher sentences will act as a stronger deterrent to potential animal abusers and will help us in our aim to cancel out animal cruelty once and for all.

“This reform is long overdue – for many years, the most violent and horrific abuse and cruelty  received a maximum penalty of just a few months. We’re proud to have some of the best standards of animal welfare in the world but custodial sentences have long been letting us down.

“Every year our officers are faced with cases of the most unimaginable cruelty… At least now, in those cases that leave us heartbroken, our courts will be able to hand out sentences that truly reflect the severity of the crimes.”

In 2017, the UK Government pledged to reform the maximum sentence for those prosecuted under the Animal Welfare Act, receiving support from cross-party politicians. This bill was brought forward by MP Chris Loder as a Private Members’ Bill in June 2019.

The Animal Welfare (Sentencing) Act is set to cover both England and Wales, once the Welsh Parliament passes a legislative consent motion. The new law brings England in line with Scotland and Northern Ireland, where convicted animal abusers can be jailed for up to five years.

Over the last three years, the RSPCA says it has secured 4,103 convictions in the courts in England and Wales and 156 individuals received immediate prison terms.

MP Chris Loder said: “HM The Queen has signed my Bill into law. Those who are cruel to animals can now go to prison for five years. It has taken years of hard work to realise this – thank you to all involved. The campaign for our animals continues. Banning live exports and non-stunned slaughter next.”

The Kennel Club has also welcomed the news that The Animal Welfare (Sentencing) Act is due to become law today.

Dr Ed Hayes, head of policy and public affairs at the Club, said: “We are pleased to see that The Animal Welfare (Sentencing) Act is set to become law and welcome this as a major step forward for dog welfare in this country. Animal cruelty is an abhorrent offence and for far too long available sentencing powers have simply not reflected the impact of these despicable crimes.

“The existing six-month maximum sentence is the weakest in Europe, as well as weaker than countries such as the United States and Japan and is simply not good enough for protecting dogs and all animals in this country.

“We were disappointed to see previous attempts to introduce this law fail to pass before Parliament dissolved in 2019, but it is vital that cruelty towards animals is punished with the full force of the law as a means of deterrent and delivering justice.”

And police officer Dave Wardell, trustee of The Thin Blue Paw Foundation, owner of RPD Finn, who spearheaded the Finn’s Law Part 2 campaign for increased sentencing for those found guilty of animal cruelty, said he, too, was delighted.

“When this new bill comes into force later this year it’ll mean that our beloved animals will be better protected and courts will have greater powers to impose longer prison sentences for those who commit horrific cruelty and abuse,” he said.

“I am so thrilled that Finn’s traumatic ordeal has paved the way for change and that his legacy will be making a difference in animals’ lives for decades to come.”

Dave and his retired police dog, Finn, launched the ‘Finn’s Law’ campaign – calling for better protection for service animals – after the 11-year-old German shepherd was stabbed in the line of duty.

In October 2016, Finn was protecting Dave from a man wielding a knife when he was stabbed in the head and chest, and almost died. The duo then launched the campaign and, in June 2019, The Animal Welfare (Service Animals) Bill was introduced so they turned their attention of Finn’s Law Part 2.