The Lifetime Achievement Award goes to 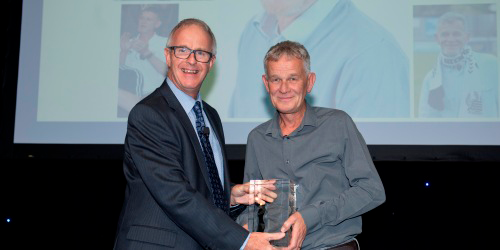 Aqua One managing director Mark Winter has been recognised for his work in the aquatics industry by being awarded OATA’s Lifetime Achievement Award.

He was presented with the award at the AQUA 2019 show dinner, at the Telford International Centre, by Dr David Pool.

Mark has worked in the aquatics trade for more than two decades, first with OASE before he went on to set up Aqua One in the UK. He has also been actively involved in the AQUA show behind the scenes, lending his ideas and expertise to the organisers through his work on the steering committee. He also sat on the OATA board for a number of years.

Mark was involved in the creation of the AQUA show and has been involved ever since. He joined the OATA board in November 2012 and stood down in October last year.