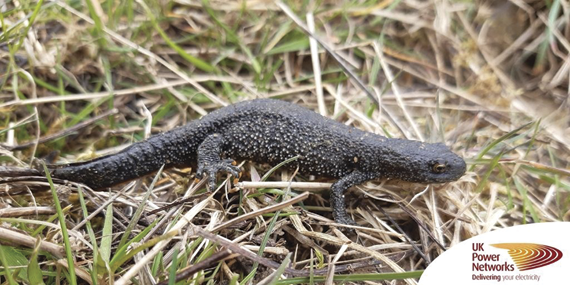 Land around an electricity substation in Suffolk has been transformed for local wildlife after a pond was restored to allow Great Crested Newts to potentially breed there.

UK Power Networks, which distributes electricity across the East of England, worked with Suffolk Wildlife Trust at the site near Beccles after identifying that it could revive the pond, which had become clogged by reeds.

The scheme is part of the company’s Green Action Plan to enhance biodiversity at more than 100 of its sites.

Suffolk Wildlife Trust ecologists surveyed the site last year and a digger removed the reeds and reprofiled its bed. Local engineers ensured that overhead electricity lines near the pond were made safe before work started.