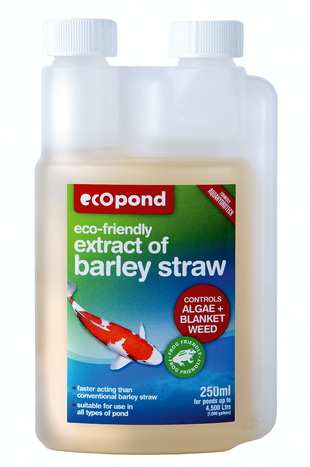 Eco Pond says sales of its alternative to Extract of Barley Straw, Ecopond Barley-Bio Algae Control, have been growing strongly since its launch at AQUA 2017.

The company has been given a grace period by the Health and Safety Executive to continue selling its popular Extract of Barley Straw until August 1, 2020. After this date, the product can no longer be sold.

Ecopond Barley-Bio Algae Control was launched at Aqua 2017 and sales have developed strongly since then, with users giving ‘extremely positive feedback’, said a company spokesman.

He said: “Barley-Bio Algae Control utilises micro-organisms which are grown on barley straw and selected specifically for their ability to suppress algae growth.. It is safe for use in fish and wildlife ponds.”