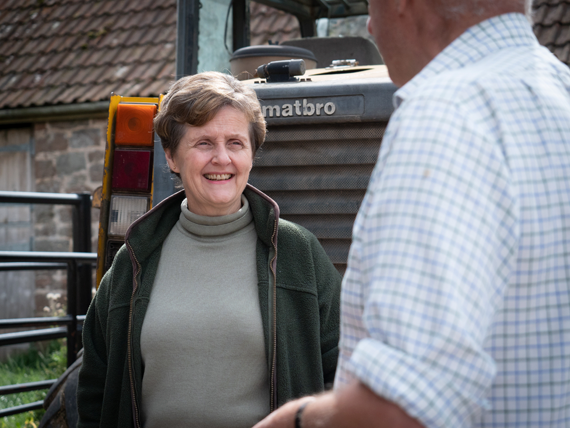 New rules against unfair trading will finally address long-standing abuse of farmers and growers by all-powerful supermarkets and retail chains, a leading MEP has told colleagues.

Anthea McIntyre, Conservative Agriculture Spokesman in the European Parliament, was addressing a debate in Strasbourg before a vote yesterday (Tuesday) that granted final approval to the package.

Anthea helped draft the new rules as negotiator for the European Conservatives and Reformists Group in the Parliament. She urged the EU’s lawmakers to draw on the UK’s model for addressing unfair practices.

The West Midlands MEP said: “For far too long farmers and growers have been in the most precarious position in the food supply chain and for too long large retailers across the EU have been able to abuse their powerful position.

“This Directive uses, as one of its bases, the UK’s Grocery Supply Code of Practice. This is a legally-binding code.

“Voluntary codes did not change buyers’ behaviour. That is why legislation is needed.

“At Parliament’s insistence the Directive now includes all agricultural produce, not just food. This means that cut flowers – just as perishable as fruit and veg – are covered.

"We also extended the threshold so that suppliers with a turnover of up to €350 million will be protected. This means all EU farmers are covered and all producer organisations in the UK are covered, too.

“I am also glad that the Directive covers suppliers who are outside the EU. So, not only will farmers in Kenya and Peru be protected but, in a post-Brexit world, UK farmers and growers will continue to be protected when selling into the EU.

“Most crucial is that confidentiality will be guaranteed. Too often small farmers and growers have been discouraged from complaining for fear of retaliation.

“This Directive is good news for farmers and consumers across the EU and beyond and I am delighted to support it.”