Puppy owners wake up to reality 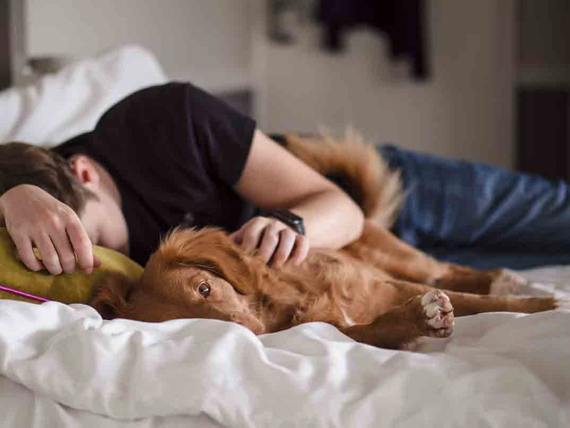 First-time puppy owners are losing nearly as much sleep as newborn parents, according to new research.

More than 3.2m pets were bought during lockdown, and that number is set to increase over the Christmas period.

Bed specialist Time4Sleep carried out a study to find out how many hours of sleep puppy parents were losing, to share the reality of bringing a new four-legged friend home.

The research analysed the sleep patterns of new puppy owners and newborn baby parents over the course of two weeks.

It compared the sleep data of three-week-old Baby F with sleep data from the owners of eight-week-old labrador puppy, Vada, looking at how many times they woke up to soothe their pooch each night.

It found that puppy owners were experiencing a lot of sleep disturbances, waking up 35 times during the night, over the course of the two-week study. And that’s same amount of lost sleep as the parents of newborn babies.

During the first two weeks of bringing a new puppy home, 35% of owners reported they lost at least three to six hours of sleep each night, compared to 46% of new parents.