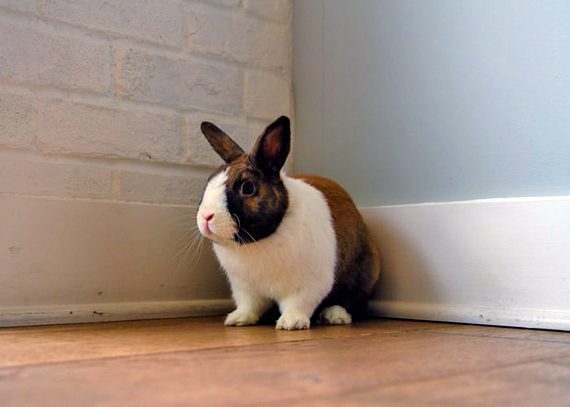 The most common medical issues and causes of death in pet rabbits have been identified for the first time by academics from the Royal Veterinary College.

A new study, carried out as part of the RVC’s VetCompass programme, gives a much better picture of what needs to be done to keep the species, a popular pet among adults and children, healthy.

After collecting data from 6,349 rabbits that attended 107 veterinary clinics across the UK, the researchers found that the most common causes of death recorded by vets are flystrike (10.9% of pet rabbits), anorexia (4.9%), collapse (4.9%) and gut stasis (4.3%). The study also revealed the average lifespan of pet rabbits was just 4.3 years, although survival up to 14.4 years has been recorded. Male rabbits tend to live longer at 5.2 years on average compared to the 3.7 years females live on average.

Meanwhile, the most common medical issues are overgrown nails (16%), overgrown molars (7.6%), dirty bums (4.5%), overgrown incisors (4.3%) and gut stasis (4.2%). Many of these problems are associated with inappropriate housing or feeding.

However, the fact rabbits evolved as a prey species has not helped owners and vets. Evolution has meant rabbits can disguise external signs of disease so that they are less likely to be targeted by predators – which makes it harder for owners to spot that their rabbit is ill until it is often too late.

Dr Dan O’Neill, VetCompass researcher and senior lecturer at the RVC, said: “For years, rabbits were considered as the perfect child’s pet: fluffy, cute, passive and only needing minimal care and handling while being fed muesli-type food in a hutch in the garden where it was generally kept on its own.

“We now know that this level of care is completely unacceptable from a welfare perspective.

“This new paper can further improve the lives of rabbits by helping owners and vets to recognise the common health problems of rabbits and, therefore, to prioritise the key management factors that will make our rabbits even healthier. Rabbits don’t exhibit their suffering like other species so it behoves all of us to be prevent and recognise their problems.”

Dr Jo Hedley, VetCompass researcher and lecturer at the RVC, added: “Unfortunately, due to the rabbit’s ability to hide disease, signs of a problem are often non-specific and recognised far too late, hence the causes of death recorded are in fact often just end-stage symptoms of underlying disease.

“Many of the key medical issues are still problems that we should be able to completely prevent by appropriate husbandry, diet and health checks. Better owner education is necessary if we are to improve rabbit health and welfare in future years.”