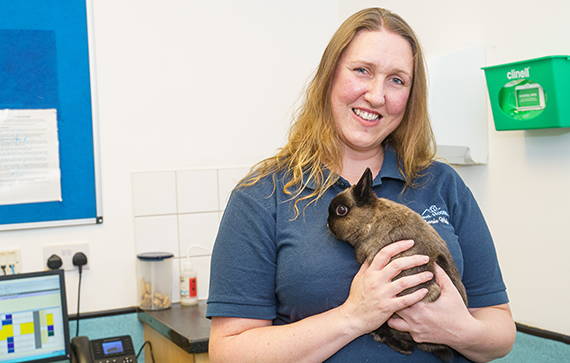 A vet who dedicates time to support the mental health of colleagues has called for more research into why the profession is at greater risk of suicide and self-harm than the rest of the population.

Steph Walsh, who is co-chair of the Wellbeing Group at UK veterinary group VetPartners, said discussing work-related stress would help to reduce the stigma of mental health issues and encourage vets to seek help.

Her call comes after research she carried out while studying for a masters in workplace health and wellbeing.

Steph, who is first opinion head vet at Rutland House Veterinary Hospital in St Helens, achieved the qualification with distinction at Nottingham University School of Medicine.

She believes the support she received to do the two-year course underlined VetPartners’ commitment to the wellbeing of employees, as well as highlighting the need to talk about mental health issues.

According to the charity Vetlife, veterinary surgeons in the UK are three to four times more likely than the general population to die by suicide – a statistic that formed the basis of Steph’s research project into suicide behaviour and self-harm among UK vets.