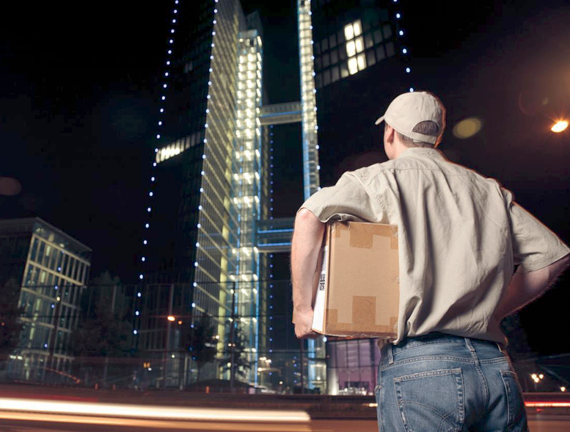 Round the clock deliveries will soon become common says ParcelHero.

Amazon’s $800 million investment in free next-day deliveries may be making headlines but a home delivery expert says SAME-day 24/7 deliveries are the future of e-commerce.

“Next-day deliveries are really yesterday’s news,” said ParcelHero’s head of consumer research, David Jinks. “Where the battle for our purses, wallets and corporate accounts is really taking us is 24-hour night and day deliveries. Amazon and other e-commerce giants have fed consumers’ expectations of near instant gratification and the inevitable eventual result will be 30-minute, round-the-clock deliveries.”

ParcelHero’s latest research reveals that around 25% of consumers would be happy to pay at least £3 extra for 24/7 deliveries.

UK online retailers may currently baulk at the suggestion, but David says 24/7 deliveries are already commonplace in areas of China.

SHOP AROUND THE CLOCK

“Increasingly in e-commerce, where China – and in particular Alibaba – leads, the West follows. And already Alibaba-owned Hema supermarkets in Beijing and Shanghai offer a round-the-clock 30-minute delivery service that has proven highly popular with nocturnal shoppers.”

And David says it is likely Alibaba’s model can be replicated by businesses such as Amazon.

“Amazon’s Prime Now 1-hour deliveries on thousands of everyday essentials, electrical and household items are already available in cities such as Liverpool, London, Leeds and Manchester,” he said.

“The Prime Now service is largely sourced from neighbourhood stores and supermarkets such as Morrisons, using local couriers, in much the same way as the Hema service works in Beijing and Shanghai. It would be feasible to turn Prime Now into a 24-hour service if people were prepared to pay enough for an all-day service; and believe me, they are!”