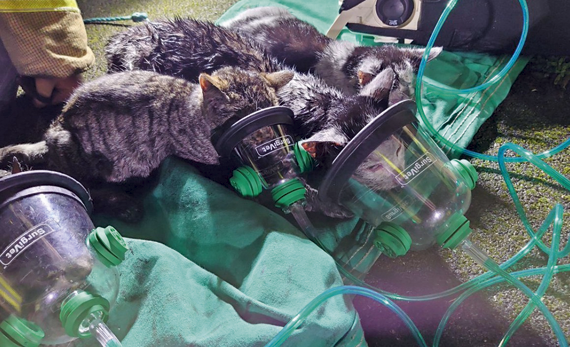 A cat and three kittens were saved from a kitchen fire in Birmingham – by oxygen masks.

Seven-year-old Gracie, three-month-old kittens Tiger and Skylight and seven-month-old Optimistic were all unresponsive at first but were given oxygen for around 30 minutes by the West Midlands Fire Service and their condition soon improved.

RSPCA animal collection officer Cara Gibbon said: “I was concerned about smoke inhalation so once they’d had some oxygen I gave them a check over and took them to RSPCABirmingham Animal Hospital to be seen by a vet.

“Thankfully the crews were able to get them out quickly and – thanks to these new pet oxygen masks – get them vital oxygen so they’ll all make full recoveries.”

It is understood the fire started after an unattended incense burner caught light. There was no one home at the time. 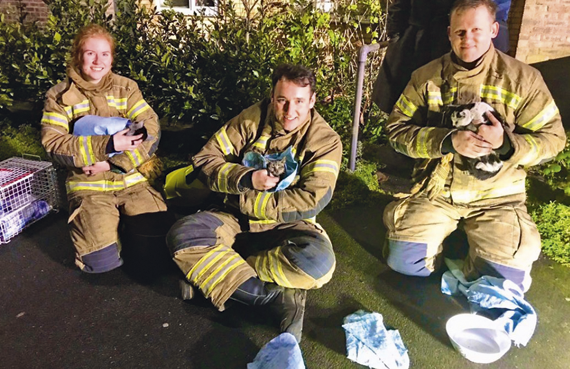