Brits want ‘only the best’ for their pets 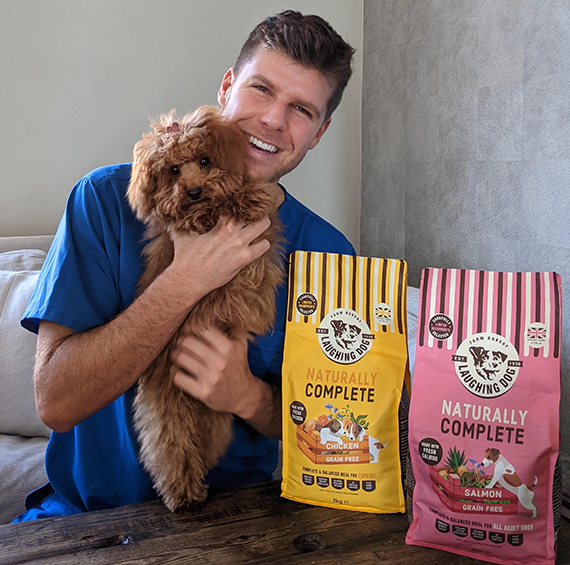 The average puppy owner snaps up to 101 pics a year of their four-legged friend, more than their own children, according to new research by pet food brand Laughing Dog.

In fact, it’s not just photography where owners are seeing their dogs as key members of the family, with 22% of owners admitting they would even like to set their dog a place at the dinner table but worry that it’s not socially acceptable!

The study also found that 36% of the 1,000 dog-owners polled claimed they actually communicated better with their dog than they did with their other half, with 39% saying they could read their pets’ moods better than their partner’s.

And more than a third (37%) of dog-owners say that, in general, our canine companions have ‘cuter’ faces than people, with the same number claiming that their own pooch loves to have their picture taken.

A quarter (26%) of owners admit they love watching their dog eat, with half saying it gives them pleasure to see their dog enjoy their food.

Veterinary expert Dr Michael Lazaris said:  “This Laughing Dog research has proven more and more people treat their dog as an important member of the family, almost as much as their own siblings. The data revealed that 54% insist on feeding their canine companion only the very best natural food they can buy, with 38% emphasising the importance of meals made with natural ingredients. British dog owners really do prioritise their pets’ health and happiness.”

Dr Lazaris said: “What’s equally as extraordinary is how the bond with our dogs has strengthened while we’ve been at home during lockdown, with 66% of owners saying they now feel closer to their beloved pets. This shows us how dogs can be an important lifeline when people are suffering with their mental health, something that has become far more prevalent in the past 12 months.

“As much as we want the absolute best for our furry companions, they clearly want the same for us, which is why feeding them a healthy diet is so important.”