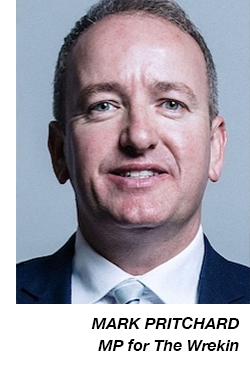 An MP has called on the government to review laws on exotic pets.

In particular, Mark Pritchard, MP for The Wrekin, has called for a review of the importation of exotic animals in the wake of the coronavirus crisis.

He was commenting on research by the University of California, which found that close contact with wild animals through hunting, trade or habitat loss could put the world at increased risk of novel disease.

Coronavirus is thought to have originated in bats, with other wild animals, possibly pangolins, playing a role in transmission to humans.

Mark Pritchard, a long-time campaigner against animal cruelty, told the Shropshire Star the government needed to look at changing the law.

“The Government needs to review the import of all so-called ‘exotic’ animals into UK. It is soon to ban primates as pets, which is a good start, but what defines a ‘pet’?”

He said the government’s own figures showed there were 8,000 primates kept as pets in the UK.

“This is not insignificant,” he said. “I would hope that ending primates as pets, given primates are regarded as ‘fathers of the forests’, would attract universal support. Let’s end bio-risk and cruelty.”