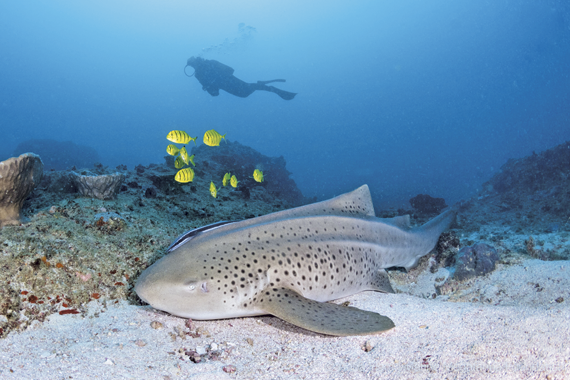 A new study by Marine Megafauna Foundation is the first to describe a population of endangered zebra sharks (also commonly called leopard sharks) in Africa.

The study reveals a key global hotspot and potential breeding area. Based on these findings, scientists recommend species-level protection and expansion of marine protected areas, to safeguard this charismatic species.

While zebra sharks are listed as endangered, they lack formal protection in Mozambique, and much of the suitable zebra shark habitat identified in this study remains unprotected.

“This is one of the world’s largest identified populations of zebra sharks and we should protect them, otherwise we could see them disappear, as has happened in parts of Southeast Asia,” said Anna Flam, MMF scientist.