With growing interest in planted tanks, hobbyists are always on the look-out for what’s new or different in the hobby. Aquadip’s Joey Abrahams has hints of what retailers can stock 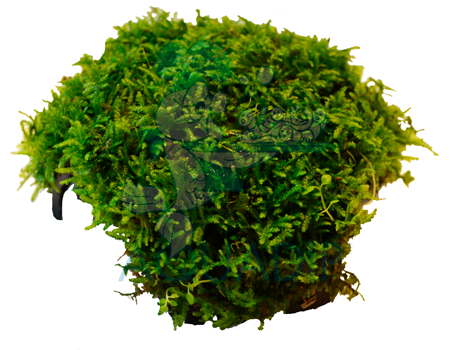 The hardy Java moss needs no introduction to the trade and is one of the easiest plants to grow. It is a popular choice for terrariums and paludariums as it thrives in these set-ups. It is also ideal to fill the gaps between the filter, rocks or wood, or even placed on a net to form a carpet.

Yet when grown on a coconut shell, it takes on a whole new levelof appeal.

Coconut shells are increasingly being used as decorative items in tanks and nano cubes and in this example, with Java moss growing on it, makes an eye-catching piece.

The Java moss is attached to the coconut shell manually, but it quickly secures itself to the surface using rhizoids. These are not roots – Java moss mostly absorbs nutrients through its stems and leaves.

By the way, the coconut has three holes in it, which enables fish and shrimp to pop in and out of easily.

Java moss is found in the wild in South East Asia. Despite its origins, it doesn’t require a lot of light. Just warn your customers that too much lighting will stimulate algae growth within the moss.

A unique characteristic of Java moss is how it spreads to form a lovely carpet of green. Fry also will use the Java moss to hide in, and some fish also use it to spawn.