Now that’s one way of getting a ‘Yes’! 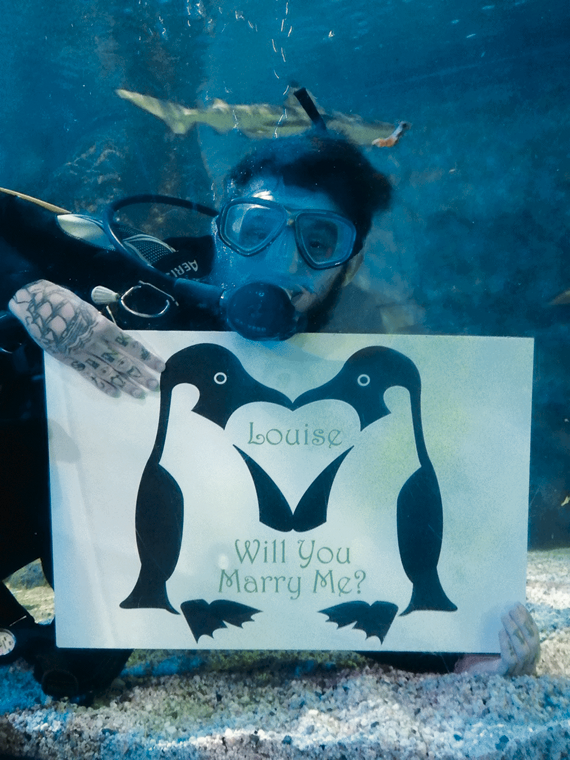 When Matthew Groombridge decided to pop the question to his girlfriend of three years, he enlisted the help from scuba divers and the team at Great Yarmouth Sea Life to boost his prospects of getting the right answer.

Louise Wilkes has a soft spot for sea creatures, so Matthew asked the team to surprise her when they visited by unveiling a ‘Will you marry me’ sign in the Tropical Ocean Tunnel after the Green Sea Turtle talk.

“It was a request we were more than happy to organise,” said marketing coordinator Maxine Culleton.  “It’s an appropriate setting for a proposal. Noah the green sea turtle got up close too, between the divers who had the wedding proposal sign.

“The diver had the banner covered during the talk and when we arrived at the point where it was just Louise and Matthew in the ocean tunnel, the diver unveiled the sign and Matthew took it from there,” said Maxine.

The answer was a resounding ‘Yes’.