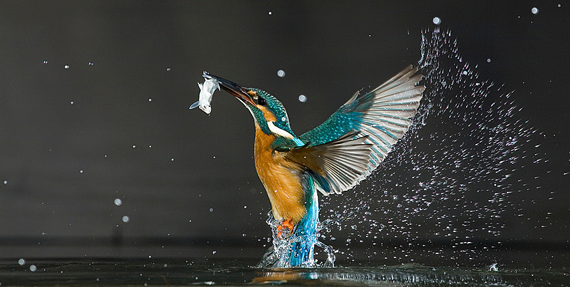 The WWF is warning that the UK is ‘no exception’ when it comes to the loss of freshwater fish species, as a new report exposes the dire outlook for populations across the world.

According to the ‘World’s Forgotten Fishes’, a report released at the end of February with information from 16 global conservation organisations, nearly one in three species is now threatened with extinction and global freshwater biodiversity is declining at twice the rate of that in oceans or forests.

In total, populations of migratory freshwater fish have fallen by 76% since 1970, while mega-fish (fish weighing more than 30kg) have declined by 94%.

In fact 80 species of freshwater fish have been declared extinct by the International Union for Conservation of Nature’s Red List of Threatened Species, including 16 in 2020.

In UK waters, burbot and sturgeon are already extinct, while salmon – the so-called King of Fish – has suffered significant declines since the 1960s, and the European eel remains critically endangered.

The report says that much of the decline has been driven by the poor state of freshwater habitats in parts of the UK, with just 14.6% of rivers in England achieving Good Ecological Status last year. Issues include agricultural pollution such as nitrates and phosphorous, physical modifications to waterbodies, such as dams, and sewage.

The new World’s Forgotten Fishes report details the extraordinary variety of freshwater fish species, with the latest discoveries taking the total to 18,075 – accounting for over half of all the world’s fish species and a quarter of all vertebrate species on earth.

Dave Tickner, chief adviser on freshwater at WWF, said: “Freshwater habitats are some of the most vibrant on earth, but – as this report shows – they are in catastrophic decline around the world. Nature is in freefall and the UK is no exception: wildlife struggles to survive, let alone thrive, in our polluted waters.”

WWF is calling on all governments, including the UK’s, to back the implementation of a global Emergency Recovery Plan for freshwater biodiversity, as part of an ambitious agreement at the UN Convention on Biological Diversity conference later this year.

It is also urging the UK Government to strengthen protections in the Environment Bill, including ensuring the Office for Environmental Protection is truly independent.