Fish deserve the same protection as other animals 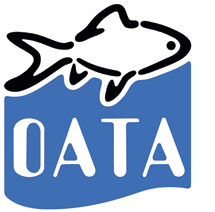 The Ornamental Aquatic Trade Association has written to the Sentencing Council after a man was disqualified from keeping all animals except goldfish.

OATA says the decision ‘sends completely the wrong message to the general public about the need to give any kind of pet fish the same protection under the law’.
Melvyn Hall had pleased guilty at Teesside Magistrates’ Court to two offences of causing unnecessary suffering to the German shepherd Molly under the Animal Welfare Act 2006. Molly had been hit over the head with a hammer and then her body dumped in the River Tyne. Her microchip led to Hall’s identification.
Hall was sentenced to 18 weeks in prison suspended for 12 months, a lifetime disqualification on all animals except goldfish and ordered to pay £1,000 costs.
In its letter to the Sentencing Council, OATA chief executive Dominic Whitmee wrote: “We were concerned that this man’s sentence included a lifetime disqualification on all animals except goldfish. As the trade association which represents the tropical fish industry we just cannot understand the exemption of ‘goldfish’ from this lifetime ban on keeping pets.
“Fish are vertebrate animals and therefore covered by the Animal Welfare Act as equally as any air-breathing animal. It concerns us to see this dismissive ‘it’s only a fish’ kind of attitude being displayed by sentencing magistrates and judges as though pet fish are exempt from animal welfare concerns. We think this sentence sends completely the wrong message to the general public.
“We understand that you do not comment on individual cases. However as the Sentencing Council with responsibility for issuing guidance on sentencing to the  judiciary to ensure consistency and transparency, can we please urge you to issue advice reminding those handing out sentences that fish deserve the same protection under the law as any other vertebrate, air breathing animal.”
Share. Facebook Twitter LinkedIn Email
Previous ArticleBeaphar marks silver anniversary
Next Article Bassanova!