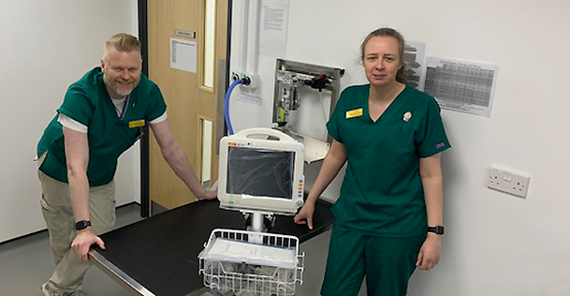 A new veterinary hospital that was completely devastated by Storm Dennis is set to re-open today (Monday) for emergency cases during the global health crisis.

The hospital is preparing to become a central hub to deal with emergency cases if practices in the area are forced to shut due to coronavirus.

It comes two months after two vets and three veterinary nurses, along with 16 in-patients, had to be evacuated after the hospital was left under five-feet of flood water when the River Taff burst its banks in the early hours of on Sunday, February 16.

The hospital’s out-of-hours team quickly moved all in-patients upstairs as the river started rising to unprecedented levels. No-one was hurt and all pets and team members were safely evacuated by members of the South Wales Fire & Rescue Service.

Valley Veterinary Hospital opened only nine months ago after an empty warehouse was transformed into a £2m pet hospital. 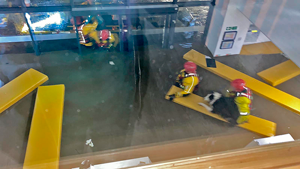 Equipment valued at several hundred thousand pounds was destroyed in the carnage, caused by a month’s worth of rain falling in less than 48 hours.

The ground floor was left under a thick layer of mud and silt, and the entire building had to be professionally deep-cleaned and sterilised, before builders stripped it back to bare concrete and metal, before construction work could get under way.

Now, new operating theatres, procedure areas, two prep areas and kennels have been created on the first floor, while a new £150,000 CT scanner will be installed in June to replace the one that was destroyed.

The hospital’s emergency service, Valley 24/7, which takes emergency cases from veterinary practices across South Wales reopens on Monday, and the Valley Veterinary Hospital team will also be able to deal with urgent cases.

Work is continuing on the ground floor, and it is hoped the entire hospital will be fully functional in September.