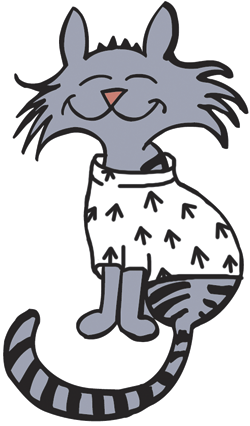 A cat became stuck on a 25ft fence while trying to break into a prison.

The feline, named Padfoot, was rescued after staff and inmates of HM Haverigg in Cumbria spotted it.

RSPCA officers used ladders and a pole to guide Padfoot to safety.

Inspector Martyn Fletcher said: “I have no idea how he managed to get so far inside the prison and so high up the fence.

“He was able to move precariously on the top of the fence, but this meant walking on razor wire. He nearly fell three times but managed to grasp the wire and pull himself to safety.”

Padfoot was taken to a vet for minor injuries before being reunited with his owners, reported the Metro.