Oh, for the wings of a dove 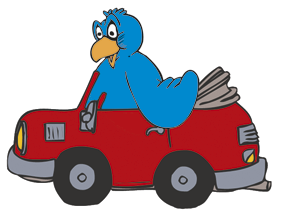 A driver in Germany avoided a speeding fine of €105 (£93) thanks to the intervention of a passing dove.

Police in Viersen shared a picture of a car, snapped by one of its cameras, travelling at 54kmph (33mph) on a 30kmph (18mph) road, but a dove flying in front of the windscreen obscured the driver’s face.
As the car – but not the driver – could be identified, police spared the motorist a fine.
The police force said in a post on Facebook: “The Holy Ghost may have thought something of it when he placed his symbol in an exposed spot.
“We have understood the sign and leave the speeder in peace this time.
“However, we associate with it the hope that the protected speeder understands this ‘hint from above’ as well and drives appropriately in the future.”
The post won the police force some fans on Facebook and one person used a dove emoji to block their own face on their parking fine, asking if they could be let off  too, reported Sky News.
Share. Facebook Twitter LinkedIn Email
Previous ArticleBassanova!
Next Article Floundering fawn freed