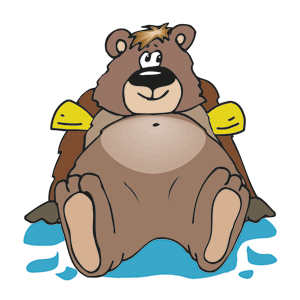 Police in Pennsylvania, USA, were called to help round up a bear that went for a swim in a resident’s back garden.

According to the Bethlehem Police Department, the young black bear was first spotted running through yards and climbing over fences.
“The bear apparently became hot and decided to take a dip in a nearby swimming pool,” a department spokesman said.
The state Game Commission was called in and officers managed to corral the bear and tranquilise it, reported the CBS Pittsburgh.
It was checked over as a precaution, but was not injured by its romp.
The Game Commission relocated the bear to a wooded area in Pennsylvania ‘where the pools are called swamps and there are hundreds of acres of woodland’.
Share. Facebook Twitter LinkedIn Email
Previous ArticlePoundland bread too much for greedy gull
Next Article No official checks exist for dog walking